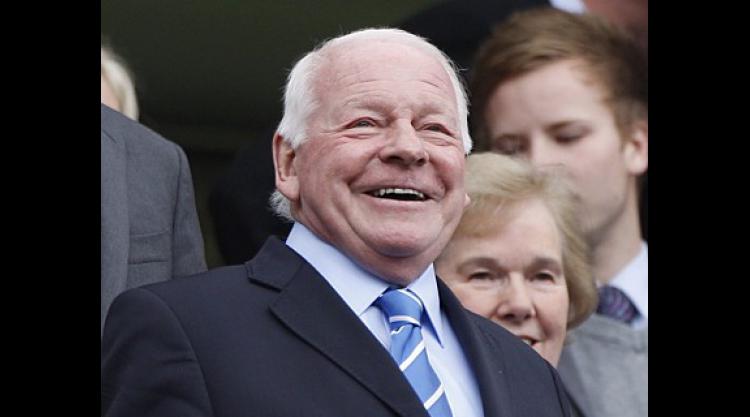 Dave Whelan has backed down on his claim that Marlon King should never play football again, and insists he has forgiven the errant striker.

But Whelan insists the player will not be welcomed back to the DW Stadium after the completion of his prison sentence. Last October, King was jailed for 18 months having been found guilty of sexual assault and actual bodily harm, which occurred in December 2008 while he was on loan at Hull. Whelan terminated his Latics contract and said at the time: "I cannot really see him coming back as a professional. I wouldn't allow him back in, but I think a lot of other people will allow him back in."

However, he backed down on that stance on Thursday morning, telling talkSPORT: "Marlon's coming out, he's served his sentence, I'm sure he's learned a lot and I forgive him and I wish him well if he gets back into the game."

Whelan added: "What I did say at the time was I do think every footballer should have a 'passport', a record of - number one - any injuries he has sustained in the game and - number two - if he has got a criminal record. That should be on his passport and that should be available to any club and any manager who's going to sign that player.

"A lot of people commit crimes and go to prison and what they say is they've served a sentence and they've paid the penalty. It would be wrong of me to say 'no, he should never play football again'.

"I was very upset at the time, but I really think you've got to forgive people because we all make mistakes and if he can get back into the game, good luck to him.

"If the club know his record beforehand and they want to take the chance, then it's up to them.

"I think it would be wrong to punish Marlon now - I have forgiven him and I hope the young lady who he offended has forgiven him.

"It wouldn't bother me if he came to play against us. But he'll never play for Wigan, I'll say that."