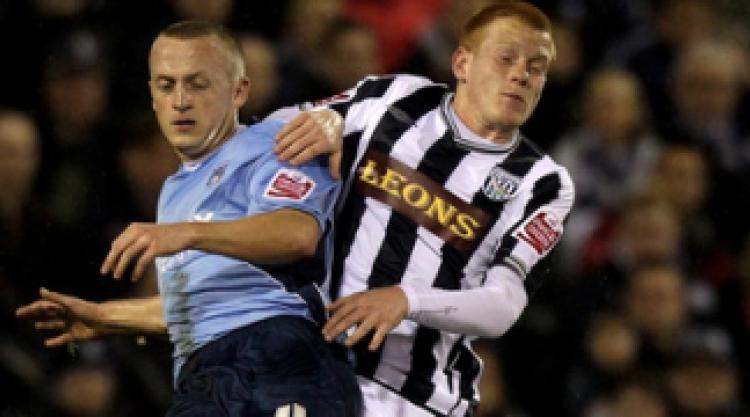 West Brom have received a blow to their promotion charge after Wigan exercised their right to recall on-loan midfielder Ben Watson.

The 24-year-old has spent the past five-and-a-half weeks at The Hawthorns, making seven appearances and scoring the opener in last month's 3-2 win over Preston.

Watson was due to remain at the club until the end of the season but injury and suspension at the DW Stadium has led to Latics boss Roberto Martinez activating a recall clause in the deal that became active after 28 days of his stay in the midlands.

Albion boss Roberto Di Matteo told the club's official website: "We're really sorry to see Ben go. He's a great lad who has settled in really well and made a vital contribution to our season.

"But this is always a possibility when you loan a player and I would like to wish him and Wigan all the best for the rest of the season.