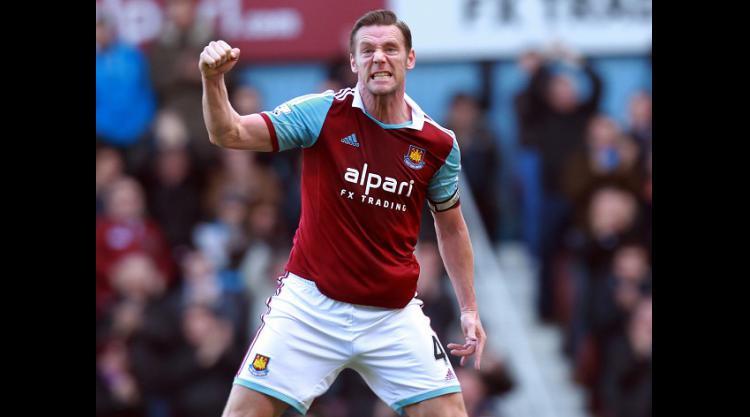 Sam Allardyce admits West Ham's owners will only know whether they were right not to sack him at the end of the season.


But Upton Park co-chairmen David Sullivan and David Gold stuck with Allardyce and have been rewarded for their patience with 10 points from the last four games, lifting the Hammers out of the bottom three and up to 11th.


West Ham host Southampton on Saturday looking to make it four wins on the trot, but Allardyce knows the owners' patience will only be vindicated by where they finish.


"We'll only know that at the end of the season, when we have achieved what we want to achieve and that is to finish as high up the table as we can," he said.


"We are not out of the woods yet but we have made great strides, all of us, including the co-chairmen and vice-chairman Karren Brady for getting some new players in January.


"Everyone has played a part to alleviate the situation we were in and it's my job to make sure that pays off. At the moment it's going well but Southampton are back in good form again so it will be a difficult game.


"But hopefully with the form we are in we will be big enough and strong enough to conquer them."


West Ham's recent run has been built around a rock-solid defence - dubbed 'Adrian's Wall' after their Spanish goalkeeper - who have conceded just one goal in six league matches.


In fact their 13 clean sheets this season is the best defensive record in the Premier League.


"It's nice to be top of one league for a change," added Allardyce.


"But the basis for any winning side is you have to be a sound, solid defensive unit no matter how many talented players you have.


"That's the basis to start your success on, irrespective of what any other manager might portray publicly, privately they will say the same. It's just that I am brave enough to say it."


Southampton manager Mauricio Pochettino believes his players will have to raise their game if they are to win a club-record third league away game.


Victory at Upton Park would also see the Saints make it six wins on the road in the Barclays Premier League season, an historic achievement for the club.


West Ham are also in fine fettle and are riding a three-match winning run in the league while they have kept a clean sheet in their last four matches, including a goalless result against Chelsea.


"West ham has improved a lot in recent games," Pochettino said. "They are doing a great job defensively.


"We know we are going to have a tough game.


"We need to increase our level in order to win."


However, Pochettino knows his side is in for a difficult afternoon.


"They are strong and hard to play against," he said. "They have good players.


"They know what it is to fight in these situations.


"This is a time in the competition where every game is a battle and it's hard.


"Every match from now on demands a lot of effort both physically and mentally."