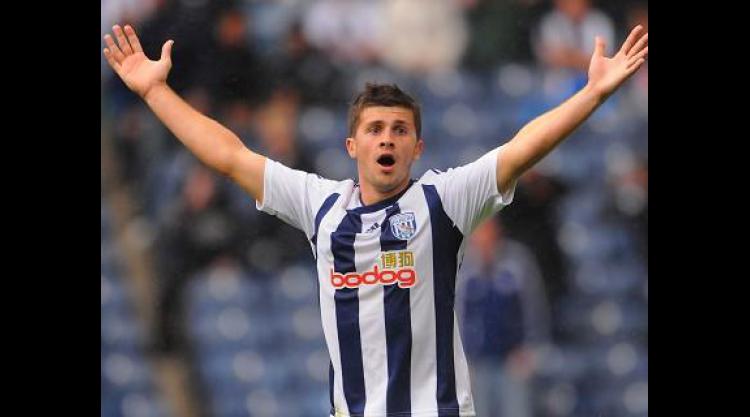 Then Albion conceded a penalty for the fourth successive home game when Reid was judged to have fouled Moses - and Gomez ensured back-to-back away wins for Wigan.

Roberto Martinez's side have now collected seven points from the last four games to revive their survival hopes.

Moses, whose last goal had been against Albion, was a constant threat.

But Wigan also defended efficiently and limited the clearcut openings created by Roy Hodgson's side despite the tireless efforts of Shane Long.

The Northern Irishman also had a cross headed just wide by Jonas Olsson.

Brunt saw plenty of the ball in the early stages and when his pass found Jerome Thomas, the latter's volley was blocked.

Moses had the first shot on goal for Wigan but dragged his effort a couple of yards wide.

Peter Odemwingie found Thomas in space and his shot was deflected over his own bar by Wigan defender Ronnie Stam.

After 32 minutes a superb free-kick from Reid put Albion with his first goal of the campaign.

Gary Caldwell was penalised for a foul on Odemwingie 25 yards out, although Latics boss Roberto Martinez made his feelings about the decision known to the fourth official.

Up stepped Reid and curled his shot past the defensive wall and into the roof of the net with Al Habsi stranded.

Caldwell made an important block to deny Odemwingie a second goal for Albion before Wigan levelled through Moses.

Midfielder Youssouf Mulumbu cut out a cross from Mohamed Diame but the ball fell into the path of Moses who curled his shot past Ben Foster.

Long charged down an attempted clearance from Caldwell early in the second period before attempting to pick out the run of Brunt with his cross.

But Maynor Figueroa made a vital headed clearance and Brunt needed treatment before he could continue after the pair collided.

Long continued to pose the main threat for Albion, although he over-hit his pass for Odemwingie after a surging run towards the Wigan box.

But after 57 minutes Wigan went ahead through Gomez's penalty.

Reid felled Moses and up stepped Gomez to send Foster the wrong way with his penalty.

Wigan were growing in confidence and Moses had Foster back-pedalling to collect a long-range chip after spotting the keeper off his line.

Al Habsi produced a low save save to turn aside a header by Long from Nicky Shorey's centre but Albion were posing little threat.

Moses had a shot blocked when Conor Sammon was in space on the edge of the Baggies box.

The nearest Albion came to salvaging a point was when Long headed against a post from Thomas's centre.


West Brom 1-2 Wigan: Match Report - view commentary, squad, and statictics of the game as it happened.