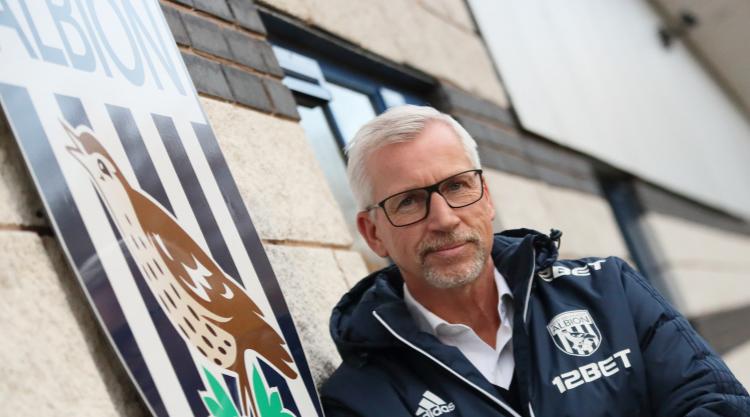 Alan Pardew has been appointed as West Brom's new head coach, the club have announced.

The former Newcastle manager has agreed a two-and-a-half year deal to replace the sacked Tony Pulis.

Pardew has been out of work since last December when he was axed by Crystal Palace - the team he will face in his first game in charge of the Baggies on Saturday.

Pardew told the club's official site: "I'm thrilled with the opportunity Albion have provided and looking forward to getting to work with what I consider to be a talented group of players.

"The immediate challenge will be to get the results we need to pull ourselves up the table. But I'm aware that while I'm joining one of the great, traditional clubs of English football, it is one determined to go forward in the Premier League.

"It's an exciting opportunity to play a part in that ambition."

The 56-year-old had widely expected to become Albion's new manager and he takes over with the club two points above the relegation zone and winless in their last 13 games in all competitions.

The Baggies threw away a 2-0 lead to draw 2-2 with Newcastle on Tuesday, although Pardew was not in attendance.

He worked with the club's sporting director Nicky Hammond at Reading and Albion made their move having been eager to appoint a manager with Premier League experience.

John Carver, who was Pardew's assistant at Newcastle, will also move to The Hawthorns as part of the backroom team.

"Alan brings the experience of more than 300 Premier League games and the kind of dynamic leadership from which our club can benefit," added chairman John Williams.

"We were impressed with what he had to say and what he has to offer and we are looking forward to an exciting new era."

Gary Megson, who had been in caretaker charge for two games, has left the club, having only rejoined in the summer as an assistant to Pulis.

"Gary leaves with our gratitude for a sterling job completed in difficult circumstances," said Williams.