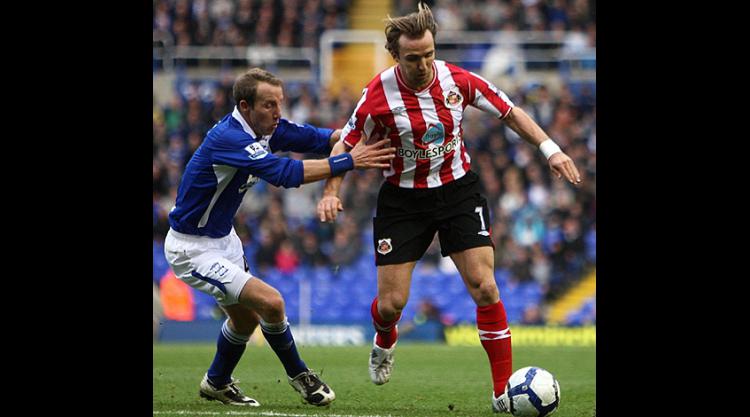 FOR the second summer in succession, Bolo Zenden admits he faces a difficult decision about whether or not to sign a new contract with Sunderland.

After briefly questioning whether it would be better to leave the Stadium of Light in search of regular first-team football last spring, Zenden signed a one-year deal on Wearside in May.

He has made 20 Premier League appearances this season, but only seven of them have seen him included in the starting line-up.

Steve Bruce has hinted at a willingness to offer Zenden another 12-month deal, but the 34-year-old admits he will once again assess his options before entering more formal contract talks.

"The manager has spoken about his intention for this to go on for another year," said the Dutchman, who has shaken off a calf problem to put himself in contention for next Sunday's home game with Liverpool. "Other than that, there hasn't been anything other than a general mentioning of the intention to go on.

"How much of a part I have to play - that is the issue again this time. I've played quite a lot - I have 22 appearances (in all competitions) this season. But the note I can make is that some of them have been for the last five minutes - you take them off and you wonder how it will be next season.

about the whole intentions of the club. I don't just want to be here

(Sunderland) to be here, I want to be important as well. I know off the

pitch is important, but playing a part on it is more important.

"I can't comment too much as yet because the only chat so far has been the intention to sort something out. The club has made that intention clear, but nothing more has been said."

Zenden has undoubtedly been a less peripheral presence this season, in part because he was appointed club captain at the start of the campaign.

He has provided a steadying presence in midfield, although the continued development of both Jordan Henderson and David Meyler would place major question marks over the level of his involvement next season.

Similarly, if Sulley Muntari's current loan deal was to turn into a permanent transfer, it is hard to imagine Zenden getting too many opportunities in a central midfield area.

His age will undoubtedly count against him, although with Sunderland currently boasting the youngest squad in the top-flight, an experienced head brings its own benefits.

"I'm having a good time and I don't feel old," said Zenden. "I'm just one of the boys. Maybe only once I felt old, when some of the lads said they had been on the Playstation for three hours.

"I said, 'Seriously You were on there for three hours until two in the morning' I thought then maybe I was too old, but then I remembered that when I was younger I wasn't really interested in computers or anything.

"I know the music though. I know Tinie Tempah and all of them. I'm still feeling like one of the boys."

Having suffered a calf injury that ruled him out of last weekend's goalless draw with Arsenal, Zenden returned to training at the start of the week.

"I'm much better," he said. "I had a slight problem in my calf, but it has settled down well. I trained on Tuesday and, if everything goes well, I have a full week leading to Liverpool."