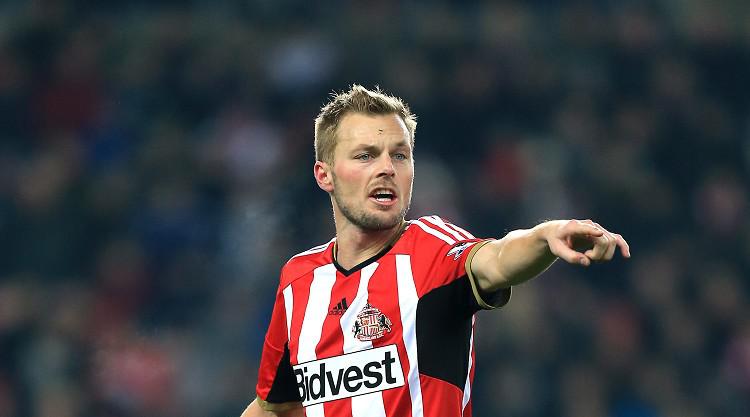 Seb Larsson insists Sunderland believe they can survive despite extending their winless run.

The Black Cats lost Sam Allardyce's first game in charge at West Brom as Saido Berahino cashed in on Costel Pantilimon's error to seal a 1-0 win.

It left them rooted in the relegation zone and winless in the Barclays Premier League this season ahead of next Sunday's north-east derby with Newcastle.

But Larsson, one of three changes made by Allardyce, reckons the Black Cats squad can recover and launch another escape act.

"Straight after a defeat you're extremely disappointed, especially after the way it turned out in this game, but the belief is definitely there within the squad," he said.

"People are going to say we can't wait too long and we can't that's true, but I'm sure we will turn it around."

Allardyce was adamant referee Martin Atkinson should have awarded Sunderland a free-kick after Pantilimon dropped the ball under pressure from Berahino.

Billy Jones was denied by Boaz Myhill in the first half but it was the visitors' only serious chance and they wilted once Berahino scored.

"We are very disappointed to be coming away from here with nothing," Larsson told the club's official website. "After our start to the season we wanted to be a bit more solid which I think we were and I don't think we were in any trouble whatsoever up until the goal.

"Once again we've shot ourselves in the foot with a silly goal."

Berahino scored his third goal of the season as the Baggies moved seven points clear of the bottom three.

Boss Tony Pulis could speak to James McClean after his celebration towards the Sunderland fans, who jeered their former player throughout, sparked a shoving match at the final whistle.

Another ex-Sunderland man, Stephane Sessegnon, was handed his first Albion league start since April as he came in from the cold and Pulis felt the forward made the desired impact.

"I just fancied Sess because of playing against his old club and it was one that I'd had in the back of my mind for a while," he said.

"He's come in and he's done brilliant. It's just that consistency with him.

"If we can get that type of performance every week he'll be playing every week."