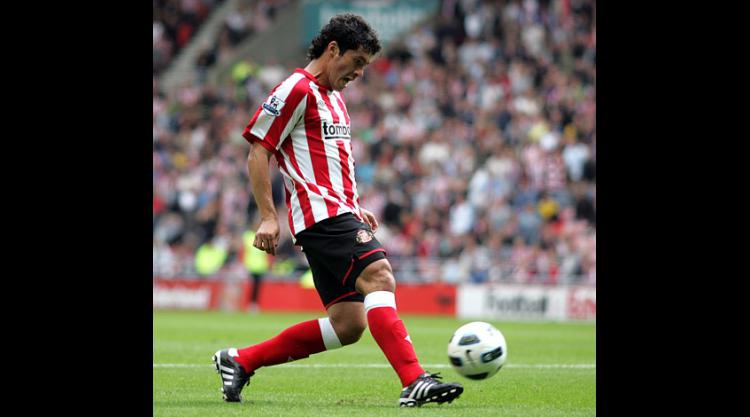 CORINTHIANS are one of three Brazilian clubs to have expressed an interest in Cristian Riveros - and Steve Bruce expects the South American side to make a formal offer for the struggling Sunderland midfielder before the end of the month.

While the British transfer window closed at the end of January, Brazilian clubs are still free to sign and sell players as they wish.

The country's leading sides have been alerted to Riveros' possible availability, and at least three are understood to have made contact with Sunderland officials to express an interest.

Riveros joined the Black Cats from Mexican side Cruz Azul last summer, and was expected to make a significant impact on Wearside after enjoying a successful World Cup with his national side, Paraguay.

However, he has struggled to adapt to English football and has made just four Premier League starts and a further six substitute appearances.

Having sanctioned the departure of fellow Paraguayan Paulo Da Silva last month, Bruce is now ready to release Riveros, who arrived on a free transfer eight months ago.

He is likely to demand a fee, although it will be set at a low enough level to help smooth the 28-year-old's return to South America.

"Corinthians have made an inquiry and we are expecting them to make a bid for him," confirmed Bruce.

"It hasn't happened for him at Sunderland - there's no denying that - but, as sometimes happens, you can bring in a player who looks a world beater in other conditions but then they struggle to have that sort of impact over here."

Riveros' departure would reduce a wage bill that was running at more than 70 per cent of total turnover in the latest set of accounts to be released by Sunderland officials. It could also assist the Black Cats' attempts to sign fellow midfielder Sulley Muntari on a permanent basis in the summer.

As well as monitoring the Riveros situation, Bruce has spent the last 24 hours fretting over Michael Turner's fitness following a setback to the defender's recovery from a knee injury.

Turner damaged his posterior knee ligaments when he collided with a post during November's draw with Everton, but had returned to light training last week.

However, he has complained of further pain in his knee, and was sent to a specialist yesterday in an attempt to ascertain the extent of any remaining damage.

"It is pointless speculating on what might or might not be wrong," said Bruce. "We will just have to wait for the results and take it from there.

"The specialist will use a keyhole camera to look inside, and we are keeping our fingers crossed it's nothing serious.

"It's clearly a niggle that has him (Turner) worried. It's a tricky one because even before the injury, he was having a bit of pain there. It's possible the problem he's got isn't anything to do with the injury he sustained last year, but the thing that was originally troubling him in the first place."

Turner will not be featuring in this weekend's return game with Everton, and fellow injury victim Lee Cattermole has also been ruled out of any involvement at Goodison Park.

* Sunderland's away game at Manchester City has been put back 24 hours to Sunday, April 3 (ko 4pm).