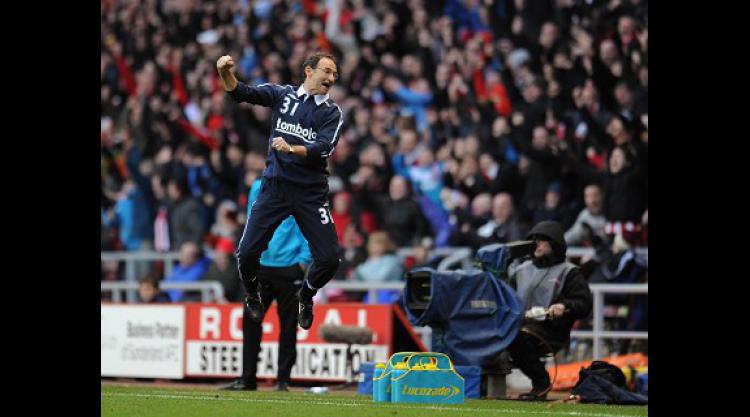 Martin O'Neill saluted his young guns after launching his career as Sunderland manager with a dramatic 2-1 victory over Blackburn.

Stunning strikes from David Vaughan and Sebastian Larsson in a frenetic conclusion to the game saw the Black Cats snatch victory from the jaws of defeat. However, O'Neill chose to single out the contribution of 22-year-old Irish winger James McClean, making his senior debut as a substitute.

He said: "Just at the moment when probably we all need a lift, on comes James McClean and his first move was probably the first time the crowd have seen him, and he was so positive. He wants to get at players - he is so positive and he is young, immature - and that was great, and the crowd took to it."

"He's 18 years of age and hopefully he's got a proper career in front of him, but he as was willing as the day is long. I thought he was out on his feet, to tell you the truth, but overall, it was a brilliant effort to play the length of time he did."

Wickham's shift had ended by the time the real fireworks arrived as Sunderland left it late to make their second-half dominance tell. O'Neill had to wait 84 minutes to see the best of the side he inherited from Steve Bruce, but it proved to be worth it.

Trailing at the break to Simon Vukcevic's 17th-minute header, the Black Cats improved markedly after the restart and finally got themselves back on level terms when Vaughan smashed home a rising drive which gave goalkeeper Paul Robinson no chance. But there was more to come when Larsson curled a free-kick in off the foot of the post deep into injury time.

O'Neill added: "It was a great goal by David, a really great goal, and the place just lifted in the sense that confidence just came right back into the team, and to get the late goal was a dream."

He said: "It's tough because you look at the clock and there were only six or seven minutes to go and we were thinking we had done enough defensively."