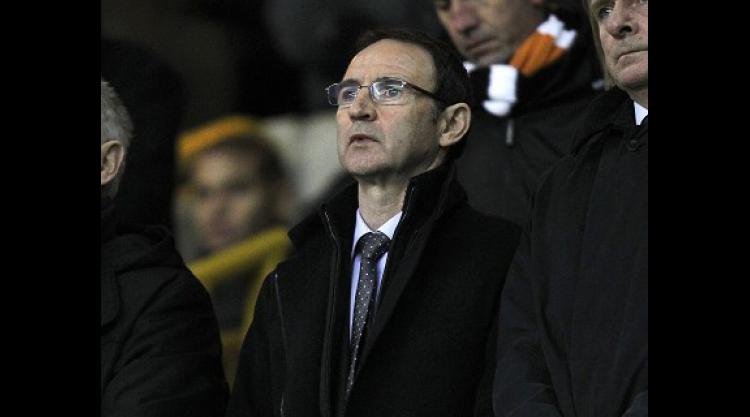 Martin O'Neill has pledged to do his "utmost to bring a bit of success to Sunderland".

O'Neill signed a three-year deal on Saturday to succeed Steve Bruce at the Stadium of Light and was in the stands on Sunday as the Black Cats went down 2-1 to Wolves at Molineux. The former Leicester, Celtic and Aston Villa manager is excited to be back in the game after a year-long absence but refused to make any outlandish promises.

O'Neill told SAFC TV: "It's a nice feeling to be back in football and obviously I'm very excited about joining Sunderland. It's a big moment and I'm hoping it works out well. All I can say, without promising the earth, moon and stars is I will do my utmost to bring a bit of success to Sunderland."

O'Neill grew up a Sunderland fan in Northern Ireland due to his admiration for Cork-born great Charlie Hurley.

"You were either Celtic or Rangers in terms of a religious divide, but most of the boys took an English team too," he said.

"Much to the laughing of one or two who took Manchester United and teams like that, I took Sunderland, with Charlie Hurley (being there). I never regretted it. I had a number of fights in the quad with other schoolboys about my choice, but outside that, not a problem."

O'Neill will be on the bench for Sunday's Barclays Premier League clash with fellow strugglers Blackburn.

"Every single game is important - the Barclays Premier League has become the Holy Grail of football," he said.

"You want to get yourself established. We had a great season last season, finishing 10th, and a wee bit of a disappointing start this time, but we hope that with a little bit of luck we can turn things around.

"I would like it to be a really successful period and I'm going to try my best to achieve that. That's what I've come for - that's what I want to do."