Henderson not worried by Capello decision 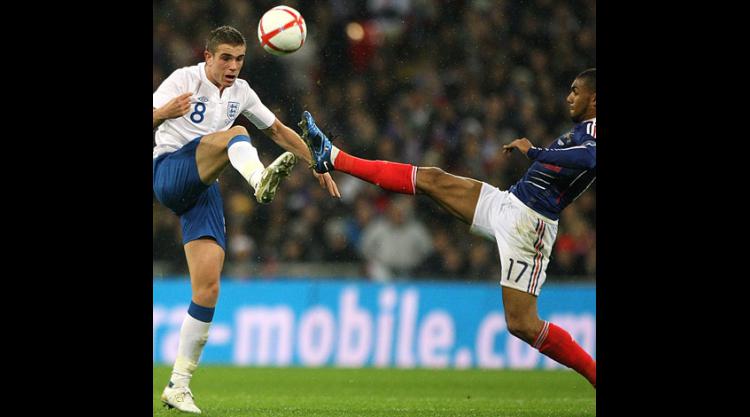 JORDAN HENDERSON remains optimistic that he can force his way back in to the England squad, despite Fabio Capello's decision to overlook him on two separate occasions since his first cap.

The Sunderland midfielder is expected to earn his sixth cap for the Under-21s in Denmark tonight and that will be the first time he has played for Stuart Pearce's men since playing for the seniors in November.

Henderson was left out by Capello for the friendly with Denmark last month after seemingly being used as one of the scapegoats for the defeat to France at Wembley in November.

The criticism which arrived his way in the immediate aftermath of that outing could have been difficult to deal with, but he is just focused on trying to make an impression for the Under-21s again.

After being forced to withdraw from the February trip to Italy, which Pearce's men lost 1-0, Henderson has travelled across to Denmark to make his return for the Under-21s.

"I don't really know what their thoughts were (putting him in for a game, then taking him out) but it doesn't really bother me," said Henderson. "If I'm playing for the Under-21s I'll try just as hard as I would for the full England squad.

"There's a great bunch of lads in the Under-21s and I loved playing when we went to Portugal for the European Championship qualifiers. When I moved up to the first-team squad that was a brilliant experience as well, I'd love to do that again. I've just got to keep my feet on the ground, keep working hard, and I'll get my chance again."

Despite his 20 years, the Sunderland midfielder has a mature head on his shoulders and he has had to deal with a rapid rise to prominence in the last 18 months.

Since making his first team debut in November 2008, and a loan stint with Coventry, he quickly established himself as a key figure in Steve Bruce's line-up.

Bruce has admitted since that his player's appearance against the French coincided with a dip in the Academy graduate's high standards of performance, but he has remained integral to Sunderland's Premier League plans.

Capello has continued to speak glowingly about Henderson's potential, earmarking him as a long-term candidate to become a permanent fixture in the national team squad.

things about you," said Henderson. "You've just got to take the good with the bad.

"I reckon there's a lot of people in football will have a different opinion on that but it's nice to hear. I've just got to concentrate on what we're doing here and what we're trying to achieve. I just want to keep improving and I think I can do that."

*#8226; Sunderland midfielder Adam Reed has had his loan spell at League One side Brentford extended by an additional month.

The Hartlepool-born player initially arrived at Griffin Park on a month-long youth loan deal in February and has impressed manager Nicky Forster in his four appearances for the London club.