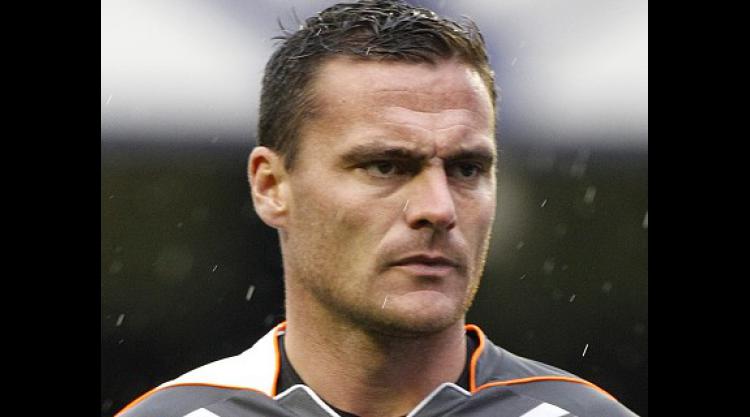 The teenage Sunderland fan who pushed Newcastle goalkeeper Steve Harper over during the north-east derby has publicly apologised for his actions.

Ross Miller, 17, from Spennymoor, was arrested after barging into 35-year-old Harper on the pitch in the aftermath of Asamoah Gyan's injury-time equaliser at the Stadium of Light on Sunday. His actions were later condemned by Black Cats boss Steve Bruce, who made his feelings known to the youngster as he was led away.

The 17-year-old told BBC Look North: "I was just overwhelmed by the fact that we had scored in the last minute against Newcastle, so I ran on to the pitch with no intention at all to push Steve Harper. I got a bit carried away, did what I did, which I was very sorry about, and then was taken off the pitch and taken round by the steward."

Sunderland confirmed they would take action against anyone found guilty of offences in relation to the game.

Miller, who was released on bail by Northumbria Police pending further inquiries, and his father Gary visited both Newcastle's Darsley Park training headquarters and Sunderland to apologise.

Asked what Bruce had said to him as he was escorted from the stadium, the teenager said: "He said a few words as I was led along the touchline, which he was right in doing because it was entirely my fault for pushing him (Harper).

Gary Miller revealed his son had wanted to apologise to Harper in person, although the goalkeeper was not training and he instead spoke to club secretary Lee Charnley.

He said: "It was Ross' idea. I spoke to him at 11pm on Sunday night and it was Ross' idea. He wanted to do it, so off we went and we got to Newcastle's training ground and we apologised to the club secretary. I can't say enough about Newcastle United. As much as I am a Sunderland fan, they were absolutely great. He was a great gentleman, Mr Charnley.

"This isn't what we are like, this family. We have never been in trouble in our lives. It was just a one-off and we wanted to apologise, quite simply."