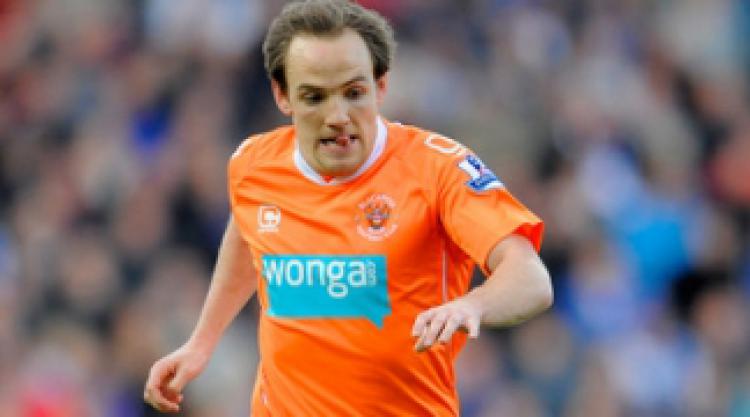 The 28-year-old former Blackpool midfielder on Friday completed a free transfer move to the Stadium of Light when he signed a three-year deal a day after Manchester United duo Wes Brown and John O'Shea committed their futures to Steve Bruce's side.

Vaughan, who excelled alongside Charlie Adam last season as the pair fought in vain to keep the promoted club in the top flight, is relishing the opportunity to push for the upper reaches of the table this time around.

Asked about his hopes for Sunderland this season, he told SAFC TV: "Hopefully, they can move on and build on what they have done in the last few years.

"The signings that we have made over the last few weeks have been impressive, so hopefully we can kick on and at least be in the top 10, if not the top six, teams in the country."

Vaughan was much sought-after as his contract at Bloomfield Road expired, with West Brom making a move before Sunderland pushed home their interest.

However, he insisted the lure of the Black Cats' ambition proved enough to win his signature.

He said: "I had a good season last year with Blackpool and there's no reason why I can't do that here.

"Obviously, there is a bit more expectation on Sunderland and the players, but hopefully I can prove to the fans that I'm good enough to play for the club.

"I could have possibly gone to a different club with less expectation, but I wanted to try to push myself and prove that I am good enough to be here.

"It took me a long time to get to the Premier League and I didn't want to drop out after one season, so it was one of the main factors of coming to Sunderland, and the size of the club was also a big factor.

"The club is really well supported and the structure and the training facilities are top drawer, so from a football point of view, it was my best option."

Vaughan is one of three out-of-contract players to have been snapped up by manager Steve Bruce this summer following his moves for Coventry goalkeeper Keiren Westwood and Birmingham midfielder Sebastian Larsson.

With Ahmed Elmohamady, Connor Wickham, Ji Dong-won, Craig Gardner, Brown and O'Shea also having arrived on Wearside, Bruce is in the midst of a major overhaul.

That will be no more apparent in midfield where Vaughan, Gardner and Larsson has been drafted in as Jordan Henderson, Bolo Zenden, Sulley Muntari and Cristian Riveros have departed.

Bruce said: "David was excellent throughout last season, including both games against us, so it's only natural that he caught the attention of a number of top clubs.

"We are delighted that he sees his future at Sunderland. His experience, grit and energy in midfield will be valuable assets to us and we are now looking forward to him joining up with the squad for pre-season training."