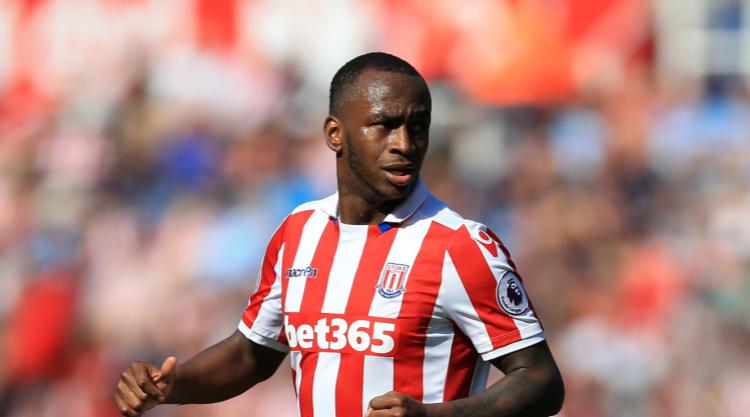 Xherdan Shaqiri's stunning 30-yard strike capped a Stoke victory that eased their relegation fears and left Hull still looking nervously over their shoulder after another fruitless away day.

The Swiss fired into the top corner with 10 minutes remaining in a 3-1 win for the Potters, who ended their four-game losing streak to move 11 points clear of a relegation zone which Hull remain just two above.

Still without an away success in the league since August, Marco Silva's side had been level when Harry Maguire cancelled out Marko Arnautovic's opener, yet substitute Peter Crouch restored Stoke's lead before Shaqiri's moment of magic.

Hughes' starting line-up saw him initially revisit an attacking three with Shaqiri and Arnautovic flanking Saido Berahino, and it was a formation that the visitors looked uncomfortable with.

Maguire's presence at right-back may have contributed to that as space between him and Michael Dawson was exploited by Shaqiri with a pass he threaded through to Arnautovic, who took two touches and blasted a sixth-minute attempt in off the crossbar.

Too often the form of the Potters' flair pair has been sporadic but this looked like an afternoon when they were in the mood, particularly when Shaqiri's delightful chipped pass came to Arnautovic inside the box, yet this time he blazed over.

The Swiss' confidence was contagious as Ryan Shawcross dinked through for Berahino to finish, though what would have been his first Stoke goal, 413 days on from his last for West Brom, was correctly ruled out for offside.

The Tigers eventually stirred but Oumar Niasse was hesitant to apply the finish to Lazar Markovic's cross, while the Serbian had a volley kept out by Lee Grant and Maguire ballooned over another opening from a corner.

Arnautovic was doing his best to increase the Potters' lead at the other end, fizzing one attempt across the face of goal and then picking out Berahino to stab wide.

Hull's prospects of a second-half fightback would have diminished had Niasse seen red in the first period's latter stages, which referee Stuart Attwell was not inclined to do despite the striker pushing Geoff Cameron's face under the official's nose moments after he had been booked for a late challenge on Grant.

And the Tigers were level six minutes after the restart through Maguire. Hull won a corner after Erik Pieters mis-controlled under no pressure and the hosts showed little interest in stopping Sam Clucas and Kamil Grosicki working a short corner. Andrea Ranocchia was unable to turn home Clucas' cross but the ball fell to Maguire to lash at goal, with a deflection off Shawcross' arm taking it in off the post.

The boos which greeted the goal from the home support followed again when as part of a double substitution, Hughes replaced Berahino, though the men he brought on, Jonathan Walters and Crouch, almost claimed a leveller.

Walters' header from Arnautovic's cross was brilliantly kept out by Eldin Jakupovic and Crouch could not contort his body into a position to fire the rebound on target.

Part of the frustration over Berahino's substitution may have been that Pieters remained on and he was nearly culpable in another Potters goal as a mix-up between him and Grant led to Niasse firing over.

A row between Grant and Pieters followed, with the keeper even pushing his defence, before tension around the stadium was lifted with Crouch's 66th-minute header.

It was a fine move that was started by Arnautovic's long-range pass that Walters expertly brought down on the left flank and he crossed to Crouch, isolated on Ranocchia, to guide a header beyond Jakupovic.

Grant saved from Grosicki to prevent it becoming 2-2 and after Walters struck the crossbar, Shaqiri let rip from 30 yards with a left-footed drive that soared into the top corner to virtually assure Stoke's Premier League status for another term.