Claude Puel: Jose Fonte has not been affected by Manchester United rumours 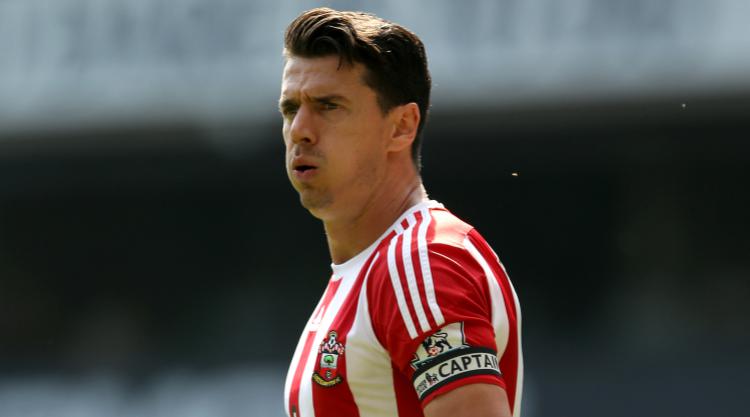 Southampton manager Claude Puel insists captain Jose Fonte has not been affected by transfer rumours linking him with a move to Friday night's opponents Manchester United.

The defender was an integral part of Portugal's Euro 2016 triumph this summer and is thought to be a transfer target for a number of European clubs, including Jose Mourinho's side.

But Puel feels the timing of the rumour is "strange" and believes Fonte's professionalism will help with their preparation for the Premier League's first Friday night clash of the season.

"There is no problem with Jose, it is just strange that this rumour comes just before the game at United," the 54-year-old said.

"There is a possibility that he may travel with us to Old Trafford.

"But he is a very good professional and he has played well in training sessions this week and it is important to have Jose with us, I hope, for the United game.

"Jose has good experience, so he cannot be disturbed by this rumour but I am just surprised to hear this before the game, two days before the match. But Jose is our captain and I'm sure he will be completely ready for this game."

Saints are seeking their third consecutive victory at Old Trafford after they claimed a shock victory in last season's corresponding fixture when Charlie Austin scored the winner in his first game in a Southampton shirt.

But his side will come up against a new-look Manchester United outfit, boasting the likes of world record signing Paul Pogba, Zlatan Ibrahimovic, and Henrikh Mkhitaryan.

And the former Nice manager will not take anything from those previous successes and will prepare his side for the task at hand on Friday evening.

When asked if he and his coaching staff will analyse those recent victories, the Frenchman responded: "No, I look at just their two last games against Leicester and Bournemouth.

"Their players have changed, their manager has changed and Southampton's view of this team has changed.

"They have made a good start to the season.

"Against Watford I didn't like the first half because we didn't play our game but the second half you can see another team and we improved and played our game."

Attention turned to Ibrahimovic as the mercurial forward had a prolific scoring record against Puel's Nice side during the latter's four-year spell at the Cote d'Azur club.

The Swede bagged a goal on his Premier League debut against Bournemouth and in seven games against Nice, he scored 11 times.

Puel shrugged off those statistics and believes his side will be well equipped to deal with the threat of the forward.

"I think he has also scored against other teams without any problems," he said.

"But he is a fantastic player, he can score without opportunities and it is difficult to deal with him but I think against him, our collective effort will be most important."