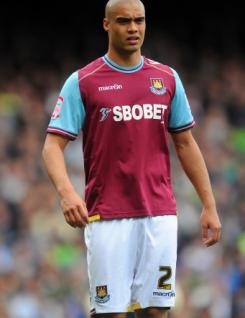 New Zealand international Winston Reid was signed by West Ham United from Danish club Midtjylland in August 2010 after impressing during the World Cup finals earlier that summer. Winston made his West Ham debut against Aston Villa soon after signing but made just three Premier League starts during the season. He scored his first goal for the club in a 5-1 win over Burnley in the FA Cup in February. Winston was born in New Zealand but spent his much of his childhood in Denmark. He played for Denmark at U19, U20 and U21 before switching allegiance to the All Whites.