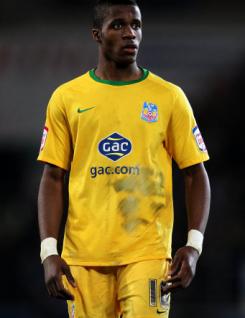 Wilfried Zaha is a pacy young striker or wide right player, who plays for Crystal Palace. He made his first-team debut in March 2010 after impressing in the U18 and reserve teams. He went on to establish himself as a regular in the matchday squad in 2010-11, scoring his first senior goal in a 3-2 home win over Leicester City in August. Wilf's pace and trickery together with his quick feet and a certain amount of unpredictability makes it difficult for defenders to read his forward approach play. He won his first cap for England at U19 level during the season and was also selected as Palace?s Young Player of the Year.