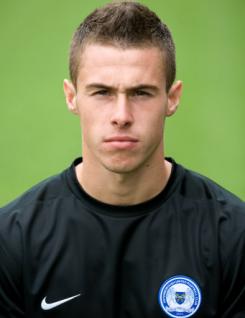 Tommy Rowe is a left-sided player who signed for Peterborough United in the summer of 2009 after making the move from Stockport County. He has since appeared regularly on the left flank where he has shown he is capable of taking on defenders. Tommy can also perform a more defensive role and has been used at left back at times during his career. He is a former trainee at Stockport and went on to sign a professional contract for the Hatters in March 2007. Tommy continued to feature regularly for Posh in 2010-11 ending the season on a high by netting the first goal in the League One play-off final victory over Huddersfield Town that ensured Posh returned to the Championship for 2011-12.