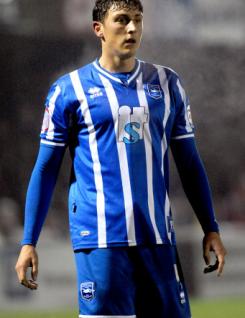 Tommy Elphick is a central defender who developed through the youth and reserve teams before signing a professional contract with Brighton &amp; Hove Albion. Tommy made his senior debut as a teenager against Reading in the Championship back in December 2005 and has gone on to earn himself a regular place in the Seagulls' starting line-up. He is a mobile player who is strong in the air and effective on the ground. He passed 150 appearances for the club during 2010-11 but suffered an achilles injury in the final game of the season which is expected to keep him out of action in the opening weeks of 2011-12.