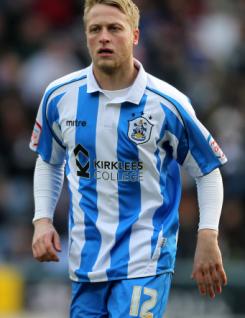 Tom Clarke is a versatile player who has been a professional at Huddersfield Town since January 2005 after making the step from the club's youth team.&nbsp; Tom has mainly been used at full back but has also made appearances at both centre back and in the centre of midfield. He was included in the team early in the 2009-10 season before undergoing a knee operation.&nbsp; Tom was back in action by November and regained his place in the closing weeks of the campaign. However, he then suffered a further knee injury in the play-off semi-final match and it was not until December 2010 that he returned to first-team duties.&nbsp; Tom is an England U19 international and is the younger brother of teammate Nathan.