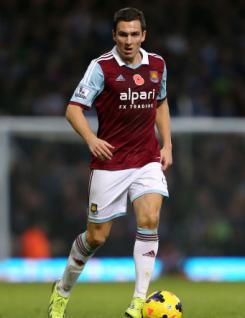 Stewart Downing is a talented midfield player who signed for Aston Villa in the summer of 2009. He was out of action with an injury when he first arrived at Villa Park and it was not until November 2009 that he made his debut for the club. However, once in the team he became a fixture in the line-up, impressing fans with a succession of probing through balls and accurate crosses. An ever-present in Premier League fixtures in 2010-11, he was again in good form and in the summer of 2011 he was sold to Liverpool. Stuart began his career in the academy at Middlesbrough, but it was not until the 2004-05 season that he really came to prominence. After establishing himself in the Boro line-up, he went on to make over 200 first-team appearances before moving on to Villa when the club was relegated from the Premier League. Stuart won his first cap for England against the Netherlands in February 2005 and was a member of the squad for the 2006 World Cup finals.