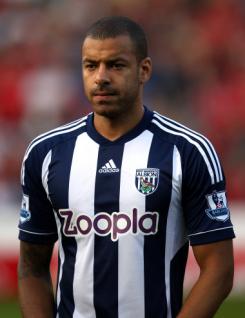 Steven Reid is a versatile player who signed for West Bromwich Albion in the 2010 close season, having spent time on loan at The Hawthorns at the end of 2009-10. He is a hard running, athletic player who is strong in the tackle. Steven began his career in midfield, appearing in a central role or on the right flank, but has mostly been used at right back since joining Albion. Steven featured regularly during his loan period with the club but was second choice to Gonzalo Jara for much of the 2010-11 campaign, before being restored to the line-up under new manager Roy Hodgson. He started out as a trainee with Millwall, making his first-team debut at the age of 17, then spent seven years at Blackburn, although he was badly affected by injuries towards the end of his time at Ewood Park. He has been capped for the Republic of Ireland on more than 20 occasions.