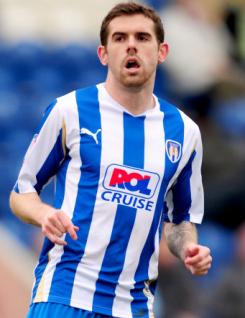 Steven Gillespie is a striker who joined Colchester United in the summer of 2008 from Cheltenham Town.&nbsp; His appearances in the first half of 2010-11 were restricted by injury to a single Johnstone's Paint Trophy start but once fit he showed what he was capable of when he was restored to the team in January.&nbsp; Steven made his come back when he was introduced from the bench with the team 1-0 down against Bournemouth and transformed the game scoring twice to give the U's victory.&nbsp; He then featured in the team and found the net regularly in the closing weeks of the campaign. Steven is a former trainee at Liverpool who later joined Bristol City.