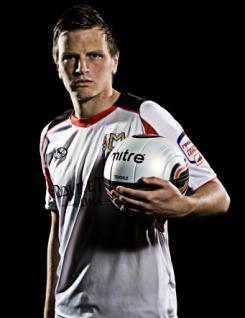 Stephen Gleeson is a cultured midfield player who joined MK Dons in the summer of 2009 after a spell on loan from Wolves the previous season.&nbsp; Stephen started the 2010-11 campaign in the line-up, but then suffered a back injury that kept him on the sidelines for several weeks.&nbsp; Once fully fit he returned to the side, often featuring at right back as well as in a midfield role, and went on to score two goals. One of these was a tremendous long-range strike in the 2-2 draw at Leyton Orient, which was later selected as the Dons? Goal of the Season.