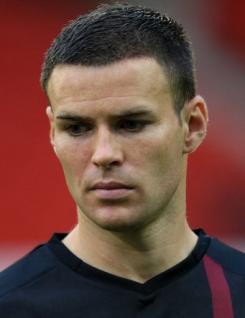 Simon Ramsden is a solid, no-nonsense defender who signed for League Two club Bradford City in the summer of 2009. His main position is at right back but he has also appeared in the centre of defence and occasionally as a central midfield player. Simon began his career at Sunderland making just one appearance for the North East club before moving on to establish himself at Grimsby Town and then Rochdale before joining the Bantams. Simon appeared regularly in his first season with the club, but after two games of the 2010-11 campaign he was sidelined by injury. Simon made a brief come-back in February, but further injury problems resulted in him missing the remainder of the season.