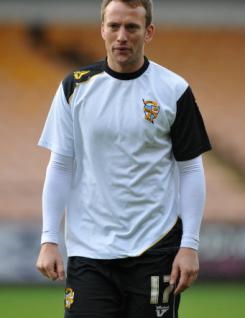 Sean Rigg is a wide striker who joined Port Vale on a free transfer in the 2010 close season from Bristol Rovers after a spell on loan the previous campaign. He was a regular in the side in the first half of the campaign, but then as results suffered he was left out for a spell, also picking up an injury. A tricky player on his day, he can be very pacy down the right or left wing. Altogether he scored 5 goals, including one in the impressive 3-1 victory at QPR in the Carling Cup.