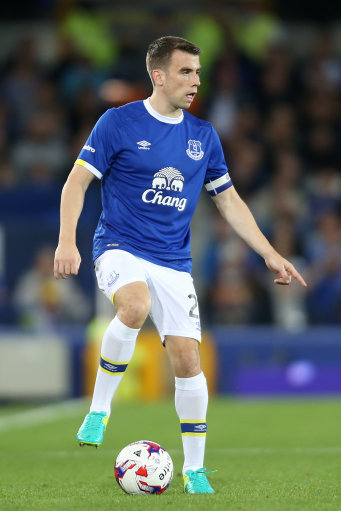 Seamus Coleman is an attack minded right back who signed for Everton in January 2009 after some impressive performances for League of Ireland side Sligo Rovers. He went on to make his debut in a Europa League match against Benfica in October 2009 and added several cameo appearances from the substitutes? bench. He finished the season on loan with Blackpool, contributing to the Seasiders? memorable play-off success over Cardiff that earned them a place in the Premier League. Seamus enjoyed a real breakthrough at Goodison in 2010-11, featuring either at full back or further up the flank, and established himself as a regular in the matchday squad. He has appeared for the Republic of Ireland U21s and won his first senior cap against Wales in February 2011.