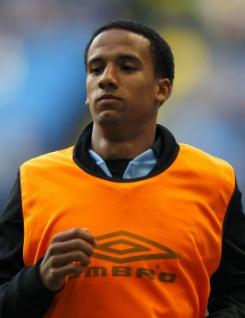 Scott Sinclair is a highly talented winger who joined Swansea City from Chelsea in August 2010 and went on to play a huge part in the Swans? promotion winning season. Scott is a player with pace and skill and has the ability to finish. He finished 2010-11 as top scorer with 27 goals in league and cup competitions including a hat-trick which sealed the Championship play-off final victory over Reading. Scott made his Football League debut as a 15-year-old schoolboy at Bristol Rovers before his move to Stamford Bridge. He only made occasional first team appearances for Chelsea but gained experience on loan at a number of clubs. He has represented England at U20 and U21 levels.