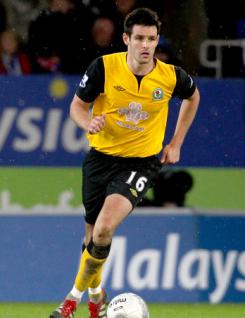 Scott Dann is a central defender who signed for Birmingham City in the summer 2009 transfer window. Tall and powerful, he captained the Coventry City side in 2008-09 when he was considered by many to be one of the best defenders in the Championship. Scott missed the opening fixtures of the 2009-10 campaign through injury, recovering to make his first-team debut for the Blues at Hull in mid-September. He quickly formed an effective partnership alongside Roger Johnson in the heart of the defence and went on to establish himself as a key figure in the side. However, he suffered a hamstring injury early in 2011 that required surgery and caused him to miss the Carling Cup final against Arsenal. Scott began his career with Walsall where he was a member of the team that won the League Two title in 2006-07.