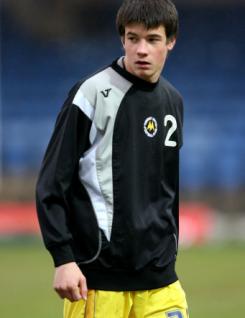 Saul Halpin is a young professional with League Two club Torquay United. Saul joined the Gulls after impressing with a college team in Paignton and progressed into the reserves before he was rewarded with a full contract in November 2009. He is a left-sided midfield player and was included on the bench for the first time in October 2009. Saul appeared in the reserves and was an unused substitute on a regular basis during 2010-11 before being given his senior debut, when he came on in the FA Cup fourth round tie against Crawley. Saul continued to be included in the first team squad and made further appearances from the bench in the second half of the season. His performances earned him a trial with Championship club Derby County in April when he netted a hat-trick for the Rams in a reserve game.