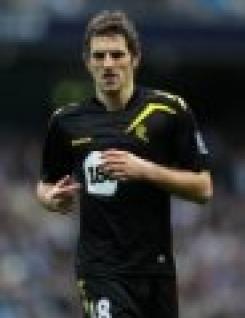 Sam Ricketts is a versatile defender or midfield player who joined Bolton Wanderers from Hull City during the 2009 close season. Sam is comfortable in either full-back position or on the right-hand side of midfield, but has competed with Gretar Steinsson at right back for Wanderers since his arrival at the Reebok. However, following an achilles injury suffered in the FA Cup tie with Wigan in February 2011 he spent a lengthy time out of action. Previously he had enjoyed two seasons in the Championship as a near ever-present for Hull, assisting in the play-off victory over Bristol City that earned them a place in the Premier League. Sam is also an international for Wales and has appeared over 40 times for his country to date.