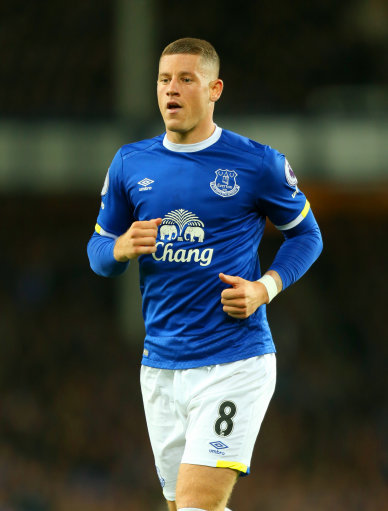 Ross Barkley is a young midfield player who signed his first professional contract for Everton in December 2010 on reaching the age of 17. A product of the club?s academy, he progressed to the reserve team in 2010-11, but had the misfortune to suffer a broken leg in October and this put him out of action for much of the season. Ross is a tall, powerful player who is often used in a box-to-box role in midfield. He has been capped for England at U16, U17 and U19 levels.