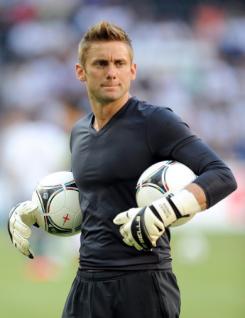 Robert Green has been West Ham United?s first choice goalkeeper since he signed from Norwich City in August 2006. He continued to be a key player for the Hammers during 2010-11, missing just one Premier League game and finishing the season as runner-up to Scott Parker in the Hammer of the Year award. Robert, who began his career at Norwich City, made his England debut in 2005. He has continued to be included in the squad and won the most recent of his 11 full caps in the World Cup game against the USA in June 2010.