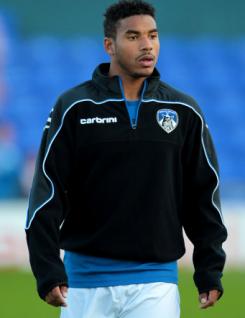 Reuben Reid is a striker who signed for Oldham Athletic during the January 2011 transfer window. He found it difficult to settle into a struggling side at Boundary Park, but nevertheless he was regular starter.&nbsp; Reuben began his career with Plymouth Argyle and later played for Brentford and Rotherham United before joining West Bromwich Albion in August 2009. However, he struggled to make an impact at The Hawthorns and his only starts came in the Carling Cup.&nbsp; Reuben spent the first half of the 2010-11 campaign on loan to Walsall before his switch to Boundary Park.