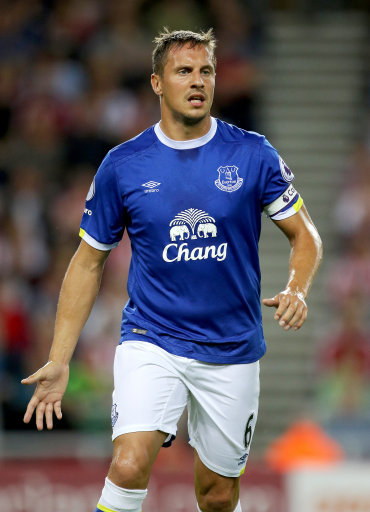 Phil Jagielka is a central defender with Everton, who has also featured in midfield and at right back. Phil began his career as a trainee with Sheffield United and went on to make over 250 appearances for the Blades, winning the club?s Player of the Season award on three successive occasions. After United were relegated from the Premier League Phil signed for Everton in the summer of 2007 and was in impressive form for the Toffees in 2008-09, when he was a member of the defensive unit that set a new club record of 17 clean sheets in a single Premier League season. Unfortunately Phil suffered a serious knee injury playing against Manchester City in April 2009, which kept him out for almost 12 months and it was not until the following February that he returned to action with the first team. Phil was back in the side on a regular basis in 2010-11 partnering Sylvain Distin in the heart of the defence. Phil won his first full cap for England against Trinidad &amp; Tobago in June 2008 and has now begun to establish himself in the squad.