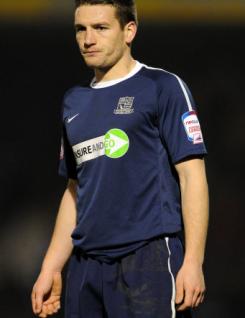 Peter Gilbert is an experienced left back who joined Southend United on a free transfer in July 2010. He missed the start of the 2010-11 campaign after suffering a thigh injury during pre-season and was later sidelined following a hernia operation, but he recovered match fitness by the end of the season. Peter, who developed in the Academy at Birmingham City, previously played under Shrimpers? manager Paul Sturrock at Plymouth and Sheffield Wednesday. He arrived at Roots Hall from Northampton Town where he had featured regularly during the 2009-10 season.