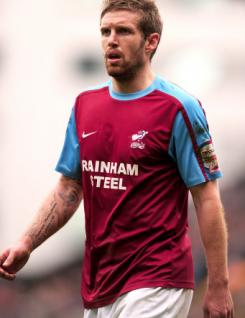 Paul Reid made the step up from League One to the Championship when he signed for Scunthorpe United from Colchester in January 2011.&nbsp; The centre back, who had impressed for the U?s, had previously played at U19 level for England, and also spent time with Glasgow Rangers. Of athletic build, he initially slotted straight into the Iron's defence.&nbsp; However, following a sending off at Norwich - during Alan Knill's first game as Scunthorpe manager - and the consequent suspension which he incurred, Paul found himself located more towards the fringes of the team as the season neared its end.