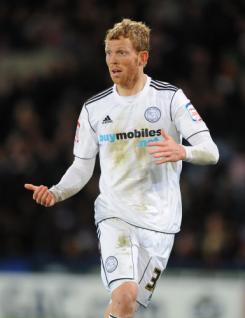 Paul Green is a midfielder who signed for Derby County in the summer of 2008. Paul is a player with an all-action style whose hard work has earned him a regular place in the Rams' team either in an attacking midfield role or on the right. He is a good passer of the ball and has the ability to retain possession. Paul was a regular for the Rams during 2010-11 until suffering a knee injury in the closing weeks of the season. He began his career at Doncaster Rovers where he played for the club throughout their rise from the Conference up to the Championship. Paul's form has earned him selection for the Republic of Ireland team. He made his debut when he came off the bench against Paraguay in May 2010 and has since been in the starting line-up.