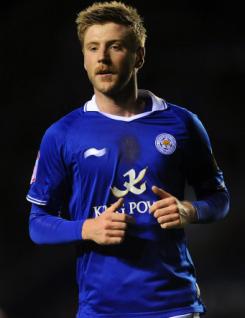 Paul Gallagher is a skilful deep lying striker or winger who plays for Leicester City. Paul developed in the Blackburn Rovers youth system, although he never established himself in the first team at Ewood Park and played much of his football in loan spells elsewhere. Paul joined Leicester in the summer of 2009 and quickly became a regular in the matchday squad. He enjoyed a useful season in 2010-11, registering a double-figure tally of goals.