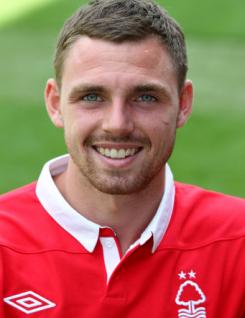 Paul Anderson is a young winger on the books of Nottingham Forest. Paul was a trainee for Hull before Liverpool stepped in to sign him. The closest he came to a place in the first team at Anfield was a place on the bench, but he spent the best part of two seasons out on loan, firstly with Swansea and then with Forest before making a permanent move to the City Ground in the summer 2009 transfer window. Paul has electric pace and good close control combined with the ability to deliver an accurate cross into the danger zone. He was a regular in the line-up in 2010-11, contributing four goals as Forest reached the play-offs.