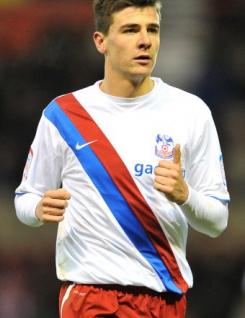 Owen Garvan is a midfielder who signed for Crystal Palace in the summer of 2010, linking up with his former manager George Burley once more. Owen initially cemented his place in the side as a playmaker in the centre of midfield, but with the team struggling against relegation and following a change in management a more combative pairing was required and he faded from the scene. Owen progressed from the ranks of the trainees to full professional status with Ipswich Town in May 2005. He went on to make his senior debut as an 18-year-old and made over 150 first-team appearances for the Portman Road club before his move to South London. Owen is a left-footed playmaker, who retains possession of the ball well and has a good range of passing.