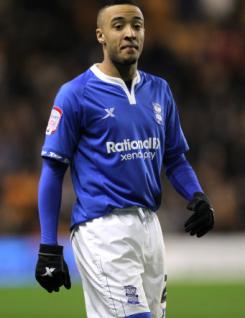 Nathan Redmond is a young winger who was on scholarship forms for Birmingham City in 2010-11. Nathan has the pace to beat defenders and possesses good technical skills. He was a regular in the U18s in 2009-10 when still at school and was quickly promoted to the first team, making his debut as a substitute in the Carling Cup tie with Rochdale in August 2010 and adding two further cup appearances from the bench during the season. Nathan has been capped for England at U16 and U17 levels.