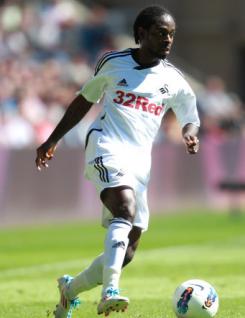 Nathan Dyer is a pacy winger who signed for Swansea City in the summer of 2009 following a successful spell on loan the previous season. Nathan is a hardworking and energetic player who has mainly been used on the right flank during his time at the Liberty Stadium. He has plenty of pace and tricks and his key role in the Swans? 2010-11 promotion season was reflected in the fact that he was voted supporters? player of the year. Nathan was previously with Southampton for whom he made his first-team debut whilst still a trainee.