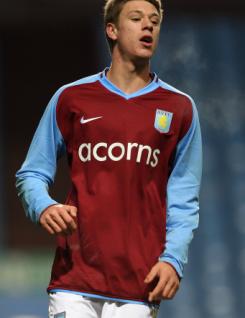 Nathan Baker is a versatile defender for Aston Villa. He signed his first professional contract in September 2008 after graduating from the club's academy. Nathan is a central defender who can also play at left back. He is a combative, positive player who is a strong tackler and uses his height to good effect. He has appeared regularly in Villa's reserves and made his first-team debut in the 2-1 win at Wigan in January 2011. Nathan was loaned to League Two club Lincoln City in October 2009 to gain further experience and made his Football League debut for the Red Imps against Torquay United later the same month. He has been capped for England at U19 level.