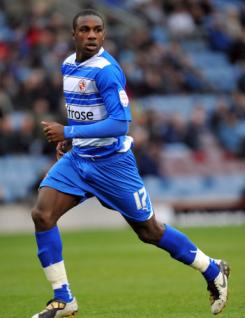 Michail Antonio is a right winger who joined Reading from Tooting &amp; Mitcham shortly after the start of the 2008-09 campaign. A lively player with plenty of pace and a huge throw, he spent much of the remainder of the season developing out on loan before making his first-team debut for the Royals when he came off the bench for the Carling Cup tie against Barnsley in August 2009. He has since scored at Wembley whilst on loan with Johnstone's Paint Trophy winners Southampton in 2010, and Michail scored his first League goal for Brian McDermott's men in a 4-0 win at Burnley in October 2010.