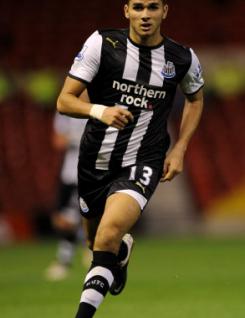 A powerful young midfield player who signed for Newcastle United in the summer of 2011 after a successful trial period at St James? Park towards the end of the 2010-11 season. He spent the campaign developing in the reserves, although he was on the fringes of the first-team squad and impressed when given his opportunities in the Carling Cup tie with Nottingham Forest and later in the FA Cup game with Blackburn. Mehdi was a member of the Algeria squad for the CAF U23 Championships in November 2011 and went on to establish himself for the Magpies? reserve team. He has previously represented France up to U18 level.