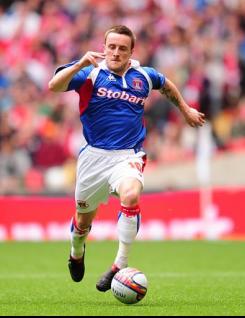 Matty Robson is a skilful left-sided player who joined Carlisle United from Hartlepool in the 2009 close season.&nbsp; He had a good first term at Brunton Park where he normally operated on the left wing, utilising his pace and ball control to good effect.&nbsp;&nbsp; He found it harder to earn a place in the 2010-11 campaign until he was tried at left back.&nbsp; Very much a full back who likes to go forward, he did his best to adapt to his new duties with some success. His powerful long-range shooting brought him two spectacular goals during the season