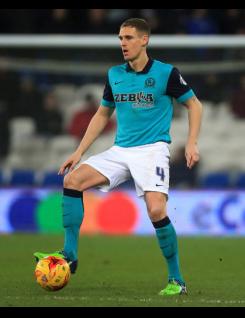 Matt Kilgallon is a central defender or left back who signed for Sunderland in January 2010. A product of Leeds United's youth system, Matthew broke into the senior team in 2004, and went on to establish himself at Elland Road before moving to Sheffield United in January 2007. He became a key figure at Bramall Lane, playing over 100 games before moving north to Wearside at the beginning of 2010. Matt made seven appearances for Sunderland in 2009-10, including three consecutive starts to end the campaign. However, in August 2010 he signed a season-long loan arrangement with Middlesbrough only to suffer a back injury early on, leading to a return to Wearside. After regaining fitness he joined Doncaster Rovers for the second half of the season and featured regularly in the squad during his stay.