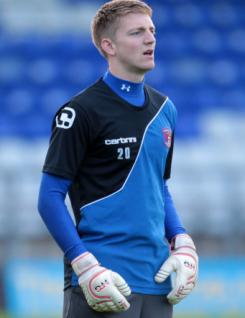 Goalkeeper Mark Gillespie signed his first professional contract with Carlisle United in the 2010 close season.&nbsp; Originally at the Newcastle United Academy, he became the club's youngest-ever ?keeper when he made his first-team debut from off the bench at Norwich in the last game of the season.&nbsp; He also spent three months on loan at Blyth Spartans during 2010-11. &nbsp;