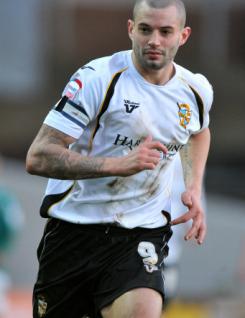 Marc Richards is an experienced striker in his fourth season with Port Vale. Marc is a strong player with a good work rate who has the ability to hold up play. He was Vale's leading scorer in the 2010-11 campaign with20goals, making him the first player to notch 20 in a season two seasons running for 16 years. His strike against Accrington Stanley won the club's Goal of the Season award, and he continues to be a valuable member of the club?s strike force.